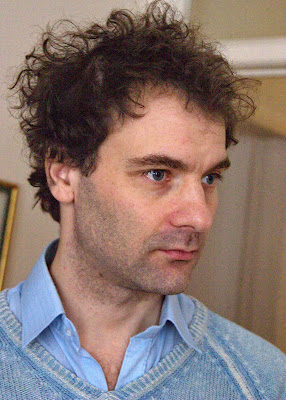 He has written and directed short films, music videos, documentaries, commercials and artworks, working with actors John Malkovich, David Tennant, Tom Hiddleston, Sara Kestelman and Michelle Dockery, and collaborating with artist Martin Creed among others. He mentors, advises and teaches internationally for various institutions including the London Film School, the Met Film School, and Film London.

A full showcase of his work can be found on his webpage, including a trailer to his latest short, Rufus Stone.

Join us as we chat to Josh Appignanesi on Sunday 5th August at 8pm.

Posted by Teenie Russell at 1:48 PM

Sundays, 5pm to 6pm PT
Click here to learn HOW TO CHAT. It's easy!

CLICK THE LOGO BELOW TO ENTER THE CHAT ROOM

See my store at Zazzle T-shirts Coffeemugs and more

Funding Help for Your Indie Film