Posted by Jeanne Veillette Bowerman at 6:31 PM No comments:

Gordy Hoffman @vigiledelfuoco of BlueCat Screenplay Competition guests on Scriptchat on Sunday, September 21st, 5pm PT! Topic: “Why are we not writing great scripts?” Gordy will delve into the fact that if a script is truly great, it will get the attention it needs, giving pointers on how to make a script great.

The best way to participate in the chat is via this site. 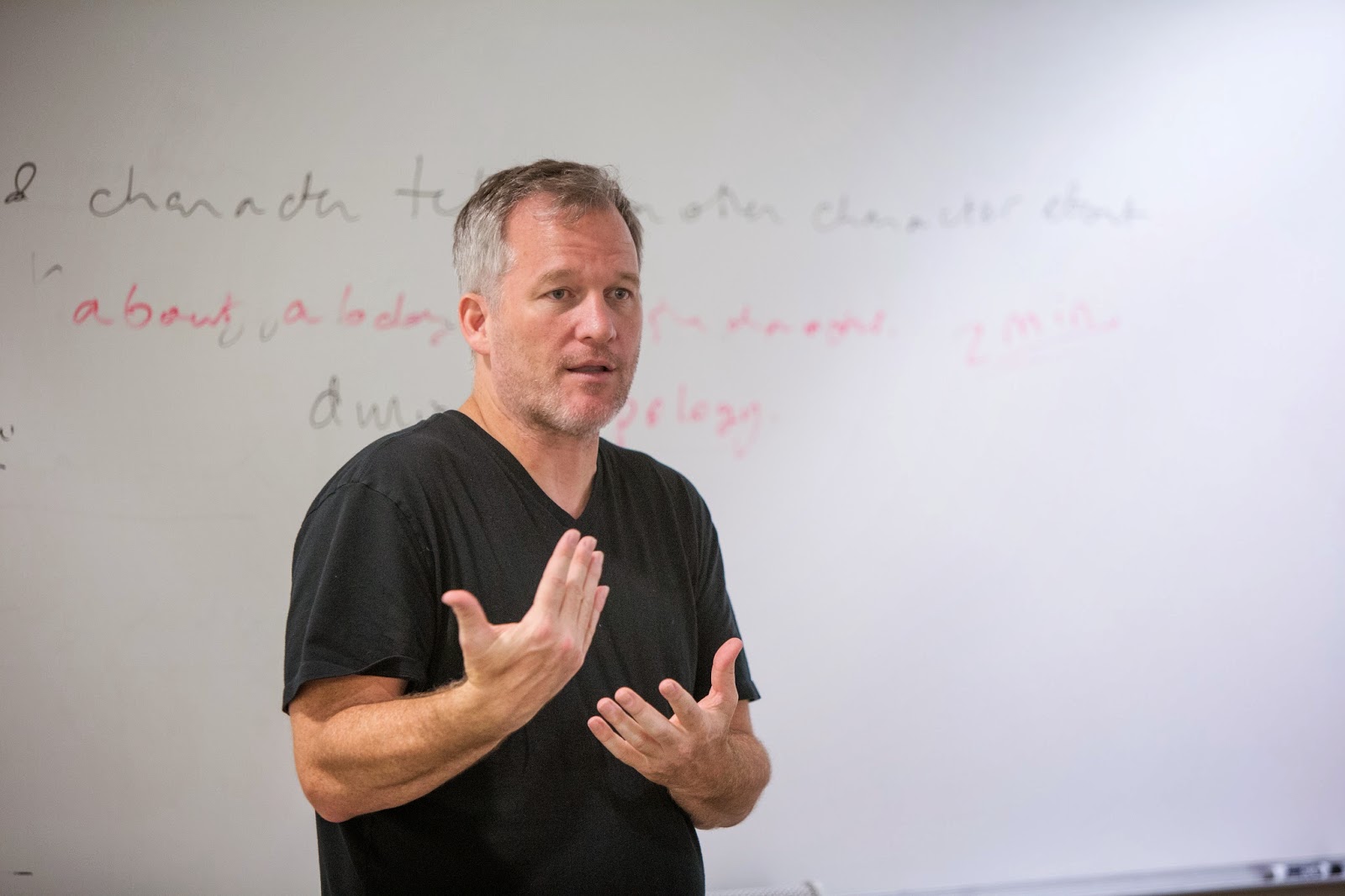 Raised in Fairport, New York, Gordy Hoffman graduated from the University of Kansas in 1987. He wrote his first stage play, HONG KONG, in Washington, D.C., where he was selected as a member of the Jeannie McKean Moore Poetry Workshop at George Washington University in 1990. In 1994, Gordy founded Company, a Chicago-based experimental workshop that explored the creation of original text through imaginative use of the voice and body. His plays have been produced in New York, Chicago, Los Angeles, San Diego, England and Australia.

Gordy made his feature directorial debut with his script, A COAT OF SNOW, which world premiered at the 2005 Locarno International Film Festival. A COAT OF SNOW screened at the Milan Film Festival, made its North American Premiere at the Arclight in Hollywood, and won the Domani Vision Award at VisionFest, held at the Tribeca Cinemas in New York.
ordy has taught screenwriting at the USC School of Cinematic Arts in Los Angeles, as well as led workshops all over North America, Australia, New Zealand, Poland and England. He’s presented at numerous  writing conferences, including IFP Script to Screen Conference, Lit Week at Lighthouse Workshop, Willamette Writers Conference, Script DC Conference, as well as serving as judge for the McKnight Screenwriting Fellowships in Minnesota. A proud Jayhawk, he sits on the Professional Advisory Board of the Film and Media Studies Department at his alma mater, the University of Kansas. Currently an instructor at the UCLA Professional Program, Gordy set to direct a feature script he’s written project for Abigail Spencer in 2015.

Gordy Hoffman founded the BlueCat Screenplay Competition in 1998 and remains its judge.
Read more at http://www.bluecatscreenplay.com/who-we-are/#WpiiimBieQqfbvXt.99
Posted by Jeanne Veillette Bowerman at 7:40 AM 2 comments:

Tonight we had on the amazing Jaime Primak @JaimePrimak, creator and star of Bravo's Jersey Belle as well as screenwriter and master pitcher and PR pro (Jaime's bio here)! Tonight's chat was full of tips on commercial ideas, pitching in a room, loglines, titles and more! Storify site wasn't working, so I copied the chat but you'll have to read it from the bottom up. I'll keep trying to grab the transcript tomorrow. Fingers crossed it works! Enjoy! @jeannevb