Max Adams guests on USA Scriptchat: How to Get Read December 29, 2013

As our final guest of 2013, Max Adams @CelluloidBlonde guested with the topic: The Do's and Don'ts to Get Your Screenplay Read, Sold, and Produced. Enjoy!

You can also read the Max Adam transcript on the Storify site.

Posted by Jeanne Veillette Bowerman at 6:49 PM No comments:

Labels: breaking into screenwriting, celluloidblonde, how to break into hollywood, how to get your script read, Max Adams, screenwriting career 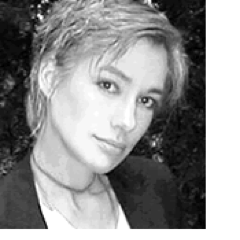 Max Adams @CelluloidBlonde to guest on USA Scriptchat on December 29, 2013, talking Do's and Don'ts to Get Your Screenplay Read, Sold, and Produced.

Join us at 5pm PST on Sunday night, December 29th.

Max Adams is an award-winning screenwriter and author of The New Screenwriter's Survival Guide; Or, Guerrilla MeetingTactics and Other Acts of War. She has written professionally for Columbia Pictures, Hollywood Pictures, Touchstone Pictures, Universal Pictures, Walt Disney Studios, and Tri-Star Pictures. Organizations she has lectured and/or taught at include USC, Austin Film Festival, Film Arts Foundation, New York Film Academy, Gotham Writers, University of Utah, and the Academy of Motion Pictures, Arts and Sciences. She is a former Writers Guild of America West online screenwriting mentor, is the founder of two international online screenwriting workshops,is a University of Utah associate instructor and is the founder of the The Academy of Film Writing. Her produced feature films include Excess Baggage, The Ladykillers, and One For the Money.
Posted by Jeanne Veillette Bowerman at 4:35 PM No comments:

Labels: celluloidblone, how to sell a screenplay, Max Adams, scriptchat

Did you miss #freeshitday? Transcript is here!

#freeshitday took on a life of its own on Twitter yesterday. In case you missed it, here's the transcript. You can also read it on the Storify site.

If you have any free shit you want to give away, leave links in the comments below!

It truly is better to give than receive.

You can also read the transcript on Storify site here.

Posted by Jeanne Veillette Bowerman at 7:04 PM No comments:

Posted by Kim Garland at 6:19 PM No comments:

Have you ever thought of writing for radio? Tonight we shared tips on writing for Radio and why it's a good idea to give it a go.

You can read the chat directly on Storify here.

Posted by Teenie Russell at 1:45 PM No comments:

Chad has also worked in production on shows such as Star Search, The Wanda Sykes Show, The Academy Awards, The Emmy Awards, and Malcolm in the Middle. 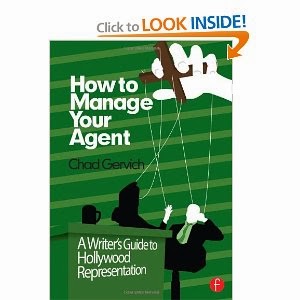 As an author, Chad’s best-selling TV-writing handbook, Small Screen, Big Picture: A Writers Guideto the TV Business (Random House/Crown), debuted in November, 2008, to massive critical acclaim.  (Booklist called it “the most informative book ever written about the television industry.)  It has become television’s go-to “bible” for writers, producers, executives, and assistants throughout Hollywood, and is now being used as a textbook in several studio and network training programs, as well as at universities throughout the U.S.

Chad also authored the best-selling Psych's Guide to Crimefighting for the Totally Unqualified, a tie-in with USA's hit series Psych, which hit shelves in May, 2013, and immediately shot to the top of Amazon’s bestselling charts.

His third book, HowTo Manage Your Agent: A Writer's Guide to Hollywood Representation, helps writers and producers understand and navigate today's world of literary representation; it’s due from Focal Press in the fall of 2013.

As a journalist, Chad writes for Daily Variety and pens Script magazine's weekly TV-writing column/blog, "PrimeTime."  In addition, he created and produced Morning Call Time, Hollywood’s first daily audio news podcast.  He also contributes regularly to Orange Coast, Script, Fade In, and Moving Pictures magazines, and is a Contributing Editor for Writers Digest magazine—the nation’s top magazine for and about writers and writing.

In addition, Chad teaches numerous classes and workshops around the world.  He has taught sitcom writing, pitching, pilot-writing, spec-writing, storytelling, and TV business seminars for universities such as UCLA, Vanderbilt, and California State -- as well as organizations like MediaBistro and Gotham Writers Workshop, and corporations like Nike and Warner Brothers.
Posted by Jeanne Veillette Bowerman at 10:27 AM 1 comment: