USA Scriptchat 8-17-14
Special thanks to writer/producer David Jung for being our guest.
Tonight's moderator is Zac Sanford
And always, thank you to Sarah Newman for the wonderful questions.

Posted by Jamie Dierks at 6:13 PM No comments:

Pitch for Only $199 Then Come to ScriptMag & Scriptchat Meetup at Screenwriters World Conference, August 16th

Screenwriters World Saturday Pitch-Only Pass Now Available! Register in Advance or On Site for only $199 and get your logline included in a directory that goes out to all the executives hearing pitches!


Come on over and hang with SWC attendees and expand your network! 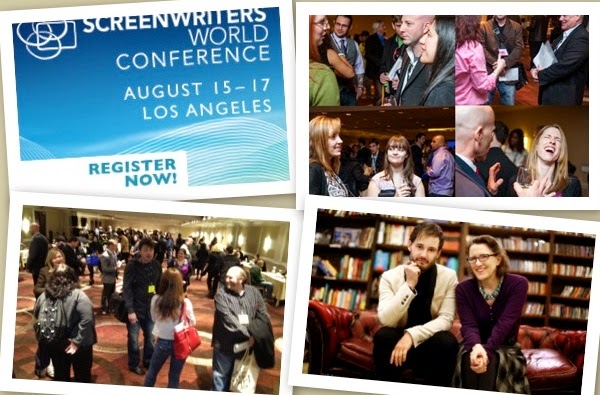 Get More information on Screenwriters World Conference
Posted by Jeanne Veillette Bowerman at 10:30 PM No comments:

Scriptchat is thrilled to have David Jung @davidfujung as our guest this Sunday, August 17th at 5pm PDT!

Just go to the chat room and enjoy an hour picking David's brain and enjoying his journey. 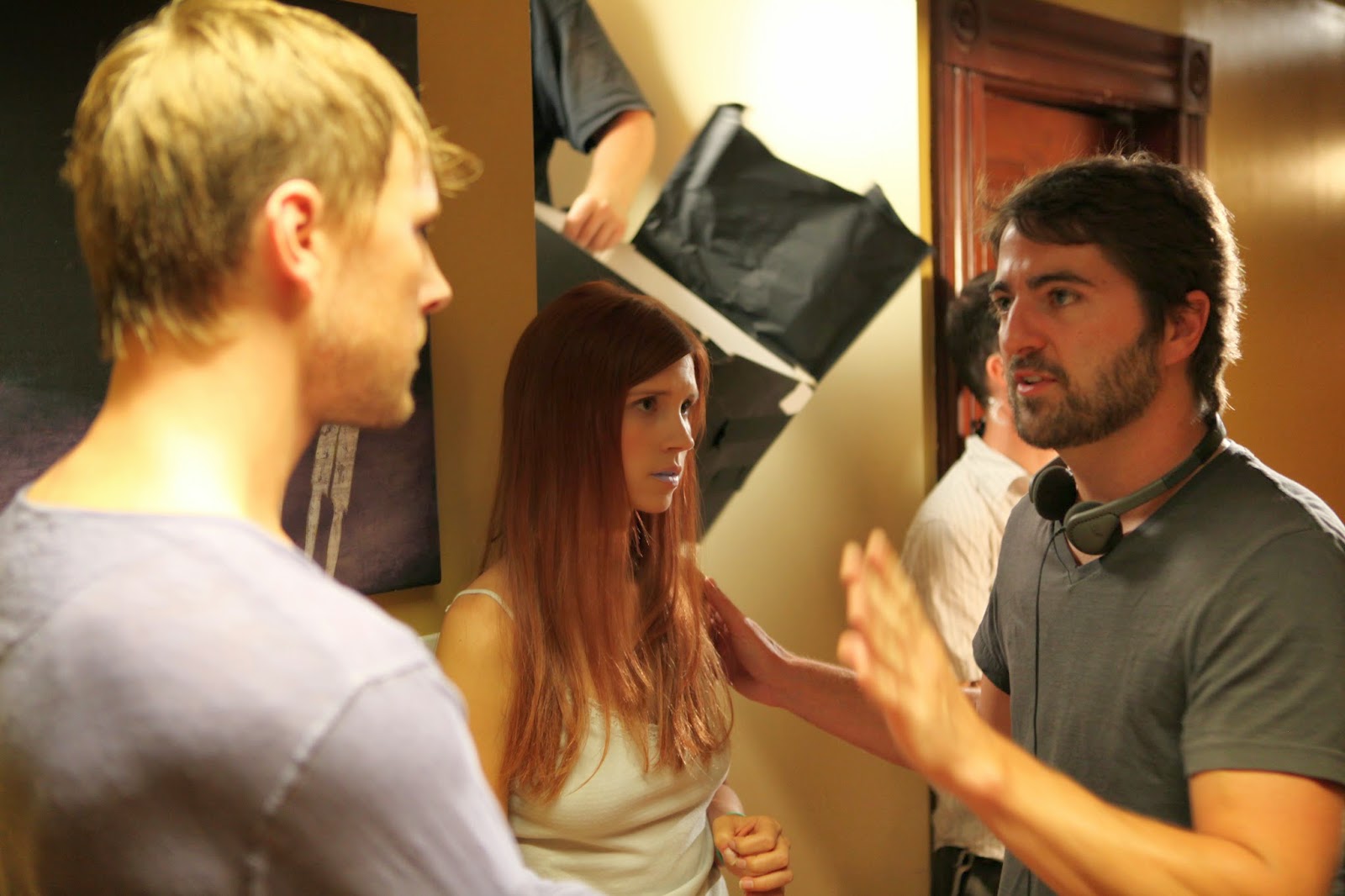 David Jung’s family had one of the first VCRs in their neighborhood. It was a huge clunky monstrosity, purchased by his father. Its sole purpose: to record horror films. David’s earliest education came from that machine. He was in charge of hitting the pause button whenever a commercial came on, so that his father could “conserve tape.”

Forced to keep his eyes glued to that glowing tube for endless weekends, he was given an education in gore, one that couldn’t be bought, and one that sadly, he was never graded upon - as he was far from an A student in traditional school subjects... or even a B student, actually.

His fanatical dad dressed up as Dracula, all the time. He wore a black cape (with a sewn-in red liner) carried a silver tipped cane, and glued on homemade fangs (chiseled from ivory, right in the basement workshop). He travelled the neighborhood this way paying visits to friends and relatives, even crashing and leading the occasional parade.

This became embarrassing for Dave as a teen. But his dad’s knowledge of the supernatural was unbeatable. Its discussion took precedence over sports, politics, or any other such nonsense at the dinner table.

This led David to experiment, at a very young age, not with sex or drugs, but with Ouija boards, satanic scriptures, and homemade scientific experiments which attempted to raise the dead.

When these failed to produce results, instead of giving up and facing the prospect of searching for a job in the “real world,” Jung headed to the one place on earth where reality doesn’t matter: Hollywood. Having no discernable advantage over the throng of young talent in the pool (a.k.a. a relative in the biz), David proceeded to muscle his way, quite literally, into Roger Corman’s (now defunct) Concord New Horizon Studios in Santa Monica.

Upon noticing a group of laborers carrying an assortment of prop trees, hedges and other greenery into the studio off the back of a truck, Jung nimbly stepped into the assembly line, hefted a tree, and headed off into the studio after them.

A grueling twenty-two hour day later, Jung was approached by the director, and asked to join the crew.

Since then, Jung has worked as an executive at Walt Disney Studios, Paramount Pictures, and has written films for just about every studio in town.

The Possession of Michael King is his directorial debut. 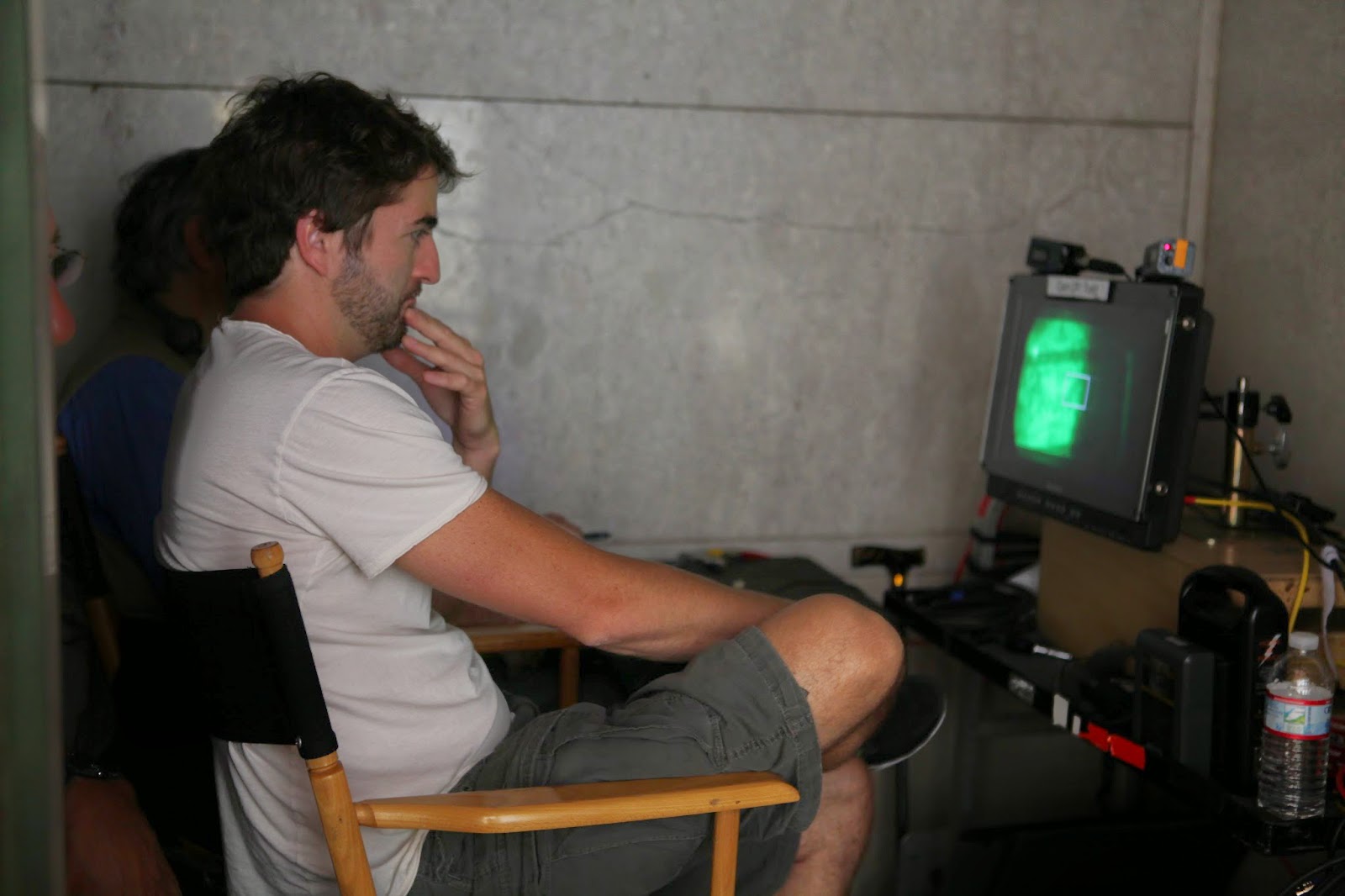 Posted by Jeanne Veillette Bowerman at 2:06 PM No comments:

Our guests were parapsychologist Loyd Auerbach @profparanormal and writer Arnold Rudnick @arnoldrudnick talking about how to incorporate the paranormal into your storytelling.

Loyd Auerbach and Arnold Rudnick to Guest on Scriptchat August 10, 2014

Loyd Auerbach and Arnold Rudnick will be our guests on Scriptchat,
Sunday August 10th at 5pm PDT (8pm EDT)
talking all things PARANORMAL! 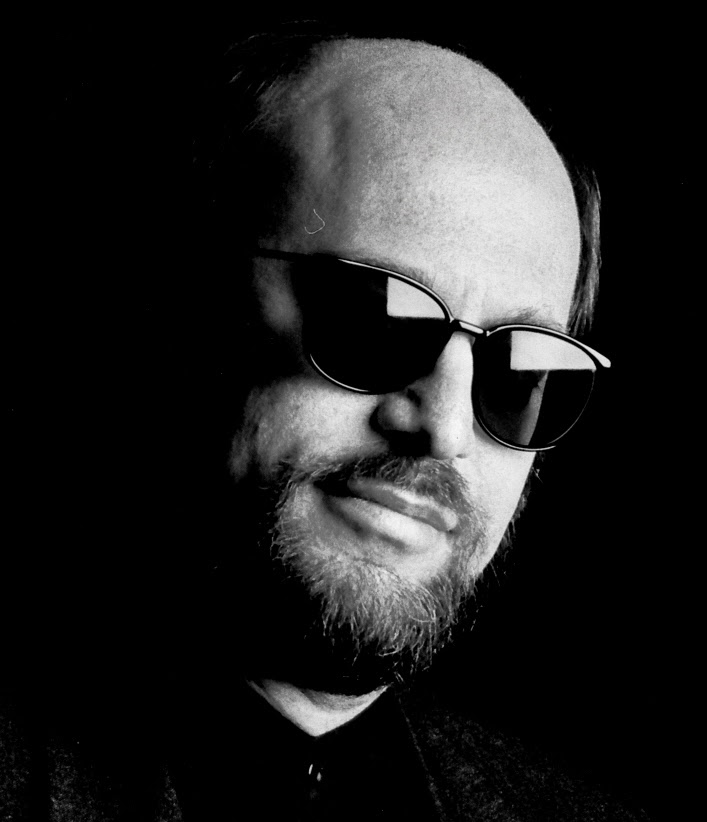 LOYD AUERBACH @profparanormal is the Director of the Office of Paranormal Investigations and author of A PARANORMAL CASEBOOK and ESP, HAUNTINGS AND POLTERGEISTS: A Parapsychologist's Handbook, and many other books on the paranormal. His media appearances number in the thousands, and he has been consulted on numerous film and television projects. With an MS in Parapsychology from JFK University, where he is an Adjunct Professor, he is on the faculty of Atlantic University and HCH Institute, and President of the Forever Family Foundation. He's on the Board of and teaches courses for the Rhine Research Center, which publishes the Journal of Parapsychology and where JB Rhine pioneered modern Parapyschology. Loyd is also a psychic entertainer and and mentalist, and a professional chocolatier.

ARNOLD RUDNICK @arnoldrudnick has written for many television shows, including THE FRESH PRINCE OF BEL-AIR, STAR TREK: VOYAGER and THE NEW ADDAMS FAMILY. He worked in feature development for Paramount Pictures and Gary Lucchesi Productions, and is the author of ESPete: Sixth Grade Sense, a middle-grade chapter book.

Meet Loyd and Arnold at their next class:


Would A Ghost Say That? A Paranormal Primer for Media Professionals
Loyd Auerbach and Arnold Rudnick
Saturday, September 20, 2014 from 9:00 AM to 4:00 PM (PDT)
Universal City, CA

Posted by Jeanne Veillette Bowerman at 7:28 PM No comments: