Tips on Rewriting and Taking Notes - Transcript May 31, 2015

Posted by Jeanne Veillette Bowerman at 6:31 PM No comments: 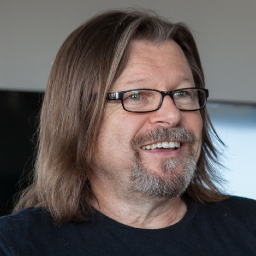 Scott Myers @GoIntoTheStory (K-9, ALASKA, TROJAN WAR) will be our honored guest on Scriptchat this week!

Topic:  Character Development Keys - Everything, including plot / structure, derives from characters, so having tools to develop them is key to writing a strong script.

Since selling his spec script K-9 in 1987, Scott has written nearly 30 projects for every major Hollywood studio and broadcast network. His film writing credits include K-9 starring Jim Belushi, Alaska starring Vincent Kartheisher, and Trojan War starring Jennifer Love Hewitt. In 2002, he began teaching screenwriting in his spare time. He won the UCLA Extension Writers’ Program Outstanding Instructor Award in 2005 and currently teaches at the University of North Carolina in Chapel Hill. From 2002-2010, Scott was an executive producer at Trailblazer Studios, a television production company. He is co-founder of Screenwriting Master Class, a unique online resource for writers. Scott is a member of the Writers’ Guild of America, west, and a graduate of the University of Virginia and Yale University Divinity School.

Scott has an invaluable blog on The Black List site everyone should check out. He puts out so much content every day that you'd think he has minions tied to laptops in this basement. I assure you, he does not. He's simply dedicated to helping writers learn.

If you're looking for an instructor to help you get your work to the next level, Scott also teaches a Screenwriting Master Class.

Don't miss the fun! Get to Scriptchat this Sunday - Kim Garland @kim_garland moderating.

Posted by Jeanne Veillette Bowerman at 2:09 PM No comments:

Guesting on #scriptchat can be crazy, and often people forget to add the hashtag. No worries, we have Tracking Board's entire Twitter feed below. Scroll past it to read the tweets from the entire chat too.

Read TB's tweets on the Story site or below.


Read the full transcript on Storify's site or below.