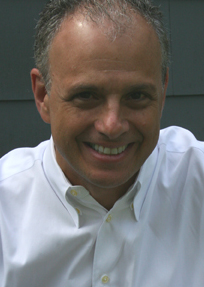 Drew Yanno @drewyanno has been writing for film since 1993 and has been a member of the Writers Guild of America since 1995.

Drew founded the screenwriting program in the Film Studies department at Boston College where he taught for eleven years.  He is the author of The Third Act: Writing a Great Ending To Your Screenplay (Continuum 2006) which is available on Amazon and in bookstores everywhere.

His second book Idea to Story to Screenplay: a Workbook ForWriting the First Draft of Your Screenplay (July 2012) is now available as a Kindle e-book on Amazon.

Drew’s first novel In the Matter of Michael Vogel is scheduled for release in March 2013.

In addition to writing and teaching, Drew works as a script consultant and has served as an advisor to actor and producer Will Smith on a number of films.

Prior to becoming a screenwriter and screenwriting professor, Drew was a practicing attorney and taught law in the Carroll School of Management at Boston College.

Join us Sunday, February 10th at 5pm PST (8pm EST) for our live chat!
The easiest place to chat is via TweetChat
Posted by Jeanne Veillette Bowerman at 11:50 AM