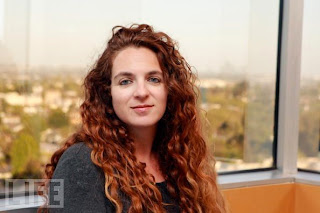 Lee @LeeZJessup , an entertainment industry veteran, is a career coach for screenwriters, with an exclusive focus on guiding and supporting writers as they parlay their screenwriting prowess into a focused and dynamic screenwriting career. Lee's experience spans years in physical production and film development, followed by 6+ years as director of ScriptShark.com. During her time with ScriptShark, Lee introduced hundreds of screenplays to entertainment industry professionals, helped writers secure representation and garner attention for their material, and spearheaded a national Business of Screenwriting seminar series launched in partnership with Final Draft and sponsored by The New York Times Company.

An invited speaker at screenwriting conferences and festivals both in the US and Europe, Lee published articles in Script Magazine and was the interview subject for a number of film-centric television and web programs. Her hard-working clients have become best-selling authors, optioned and sold screenplays, secured representation and include established and emerging screen and television writers. Lee resides in Los Angeles with her husband, her two children, a dog and a cat.

To learn more about Lee and her services, visit www.leejessup.com.