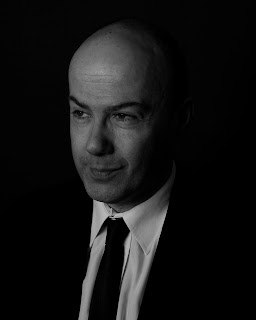 Ever wanted to write a period film or television show, but wasn't sure how to go about researching it, writing it, creating it or getting it made? Roland Moore is our guest on the 26th of February talking about how he created the award winning television show 'Land Girls'.

Roland is creator and lead writer of the returning period drama series Land Girls (BBC1), which won the Best Daytime Programme in the Broadcast Awards. Land Girls recently returned for a third series and won four RTS Midlands Awards, including Best Drama.
Recently he adapted M.R James chilling tale The Mezzotint into a full-cast audio drama for Fantom Films.
Other television credits include a commission to develop a primetime action/adventure series (Model Citizens) for ITV; over thirty episodes of Doctors (BBC1), Meeow (ITV), Peter Rabbit (Nickelodeon), Waybuloo (BBC) Rastamouse (CBeebies) and Sitcom Trials (ITV). He was also part of the writing team of the Emmy-award winning Smack the Pony and has written for other sketch shows including Man Stroke Woman (BBC2).
Roland won the London Writers’ Award for best drama (Spring Chickens), and the Redemptive Films Storyteller Award for his sci-fi horror film, The Survivor. He was also nominated for the TAPS Comedy Writer Award for his sitcom pilot, Tarts.
Other film work includes Wine Tasting, How To Avoid Hair Loss, The Diary of Tommy Crisp and The Pitch.
Posted by Alli Parker at 2:27 AM