We're excited to have 'The Book Whisperer' on Scriptchat Sunday, January 25th! To prep for Lane Shefter-Bishop's guest spot, check out her CNN "one on one" to see how Lane's groundbreaking strategies are changing the world of adaptations.

Look for her book on loglines coming out this year! It's a must-read. We'll keep you posted on it's publication date, and she's teaching a Developing and Pitching a TV Series webinar via The Writers Store on Thursday, February 19th at 1PM PST.

Until then, set your calendars for Scriptchat on Sunday... 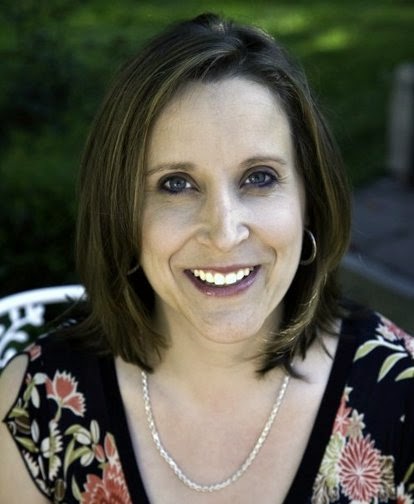 Lane Shefter Bishop @LaneShefterBish is a multi-award winning producer/director who has received numerous accolades for her work including an EMMY, six Telly Awards, a Videographer Award, three Communicator Awards, a Sherril C. Corwin Award, an Aurora Award, a Davey Award, a New York Festivals Award and the DGA Fellowship Award for Episodic Television.

In addition to her scripted fare, Ms. Bishop also has extensive experience in reality television. Vast is currently partnered on all non-scripted programming with Bishop-Lyons Entertainment, which has a first-look deal with ITV Studios. To date, Ms. Bishop has directed more than two dozen sizzle reels as well as pilots for BLE, including VISIONARIES (partnered with Left/Right) for AMC, BARBADORO COMPOUND (ITV/MTV) and REINVENTION (Fox TV Studios) – which are going to series. Moreover, Ms. Bishop just finished shooting a pilot episode of the new show GEARS.

Ms. Bishop is also a three-time speaker at the WGA as well as at numerous writers conferences around the country and is authoring the book LOGLINES; THE ART OF SELLING YOUR STORY IN A SINGLE SENTENCE, which will be published in 2015.

Ms. Bishop began her work in the industry at Moxie Productions, where she produced and directed projects for such networks as ABC, Showtime, HBO and MTV. She has directed numerous television shows and five feature-length motion pictures, including THE DAY LABORERS (aka Los Jornaleros), which received Official Selection in Edward James Olmos’ LA Latino Int’l Film Festival , Cine Accion (San Fran), OutFest (Hollywood), Reel Affirmations (Wash DC), NewFest (NY) as well as the Milan International Film Festival (Italy). The film was distributed through HBO and Blockbuster.

Ms. Bishop holds a B.A. in Literature from UC Santa Barbara and an M.F.A. in Production from USC’s School of Cinema/Television. She is a director-member of the Directors Guild of America and the Academy of Television Arts and Sciences.
Posted by Jeanne Veillette Bowerman at 8:30 PM